Sometimes, in the French Quarter, the ghosts and the vampires and the voodoo queens and the many pasts and histories of this city will rise up and swirl and eddy around you like a small spiritual tropical storm…and that magical intensity can knock the air out of you and will absolutely solidify the fact that you will never, ever be able to live anywhere else ever again.

Unfortunately, those moments are almost only ever unearthed at 2:00 a.m. on the outer perimeters after the sane people have either gone to bed or indoors to their own parties and you decide you’ll risk getting shot or vomited on in order to grasp that one fleeting second where the clamor recedes and world stands still and the gas lamps flicker in the other direction and you realize you’ve succeeded in going some-when else.

Most of the time, though, and alas, the modern reality of the Quarter is unfortunate.  It’s the tourists and the drunk frat boys and the gutter punks and the grifters and bad cover bands and it all kind of beats you over the top of the head and you can’t really get away from it because it is so CROWDED that you can’t escape it.  Not swiftly, at least.

We don’t go to the Quarter very often anymore.  Don’t get me wrong – there are times when I do love that cacophonous massive horde, getting lost in it, going with its flow.  And you can meet some really interesting visitors, sometimes.  But overall, the majority, the dumb drunk ignorant asinine majority, really just succeed in crowding us out of our own ability to enjoy our surroundings, and not in much else, at all.

So it should come as no surprise that, last month, when Tropical Storm Barry (Barely ™) arrived at our coastal doorstep and we saw the barren French Quarter in the background behind Jim Cantore on the Weather Channel, J finally convinced me to toss aside the need to hide at home awaiting a storm that wasn’t happening and we wandered forth to allay our cabin fever.

Oh hurrah!   A couple of hours we spent, wandering near-empty streets, magical heaven on earth!  Most of the tourists had flown the coop; the rest were hiding in their cubby-holes.  The remainder were the die-hards, and they weren’t so bad in their limited numbers.  We could FEEL the place again, oh grand New Orleans, oh hello ghosts!

We drove home in time to evade the next wave of flash flood and tornado warnings, and that was that.  Now, we have some photos of a very rare variety indeed: blissfully empty and short of crowds, AHHHH! 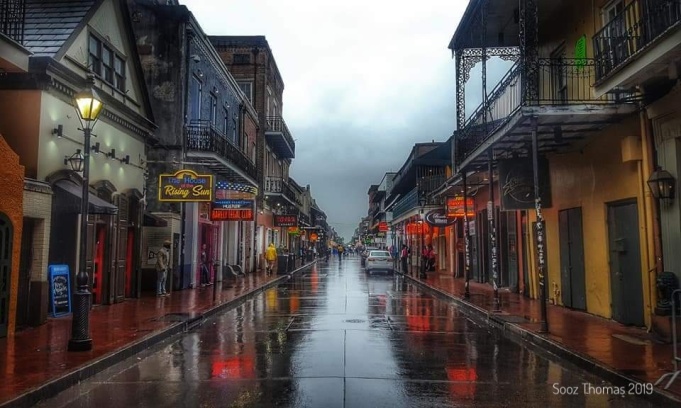 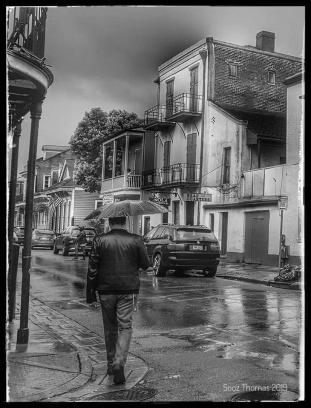 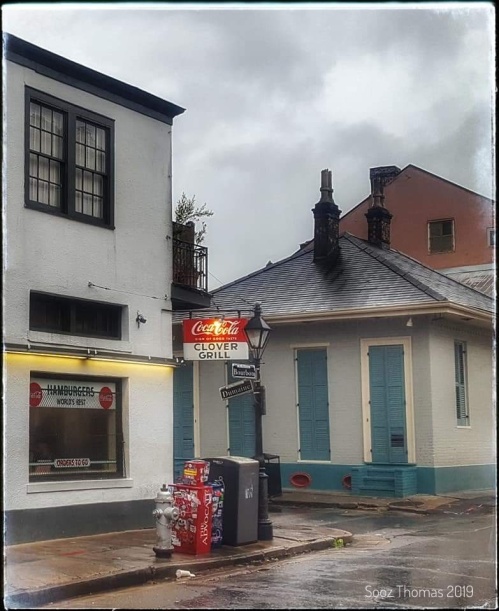 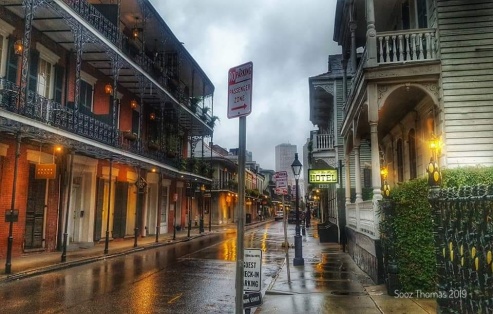 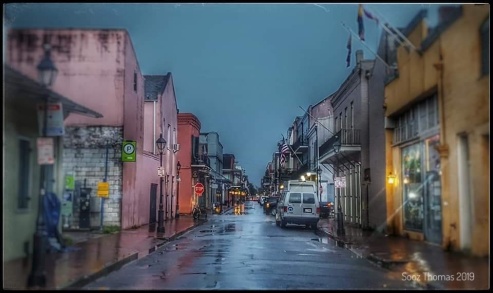