When I last left my fearless reader, I was suddenly approached with a Decision. To go to a parade, or to (gasp!) miss a parade?  What a cliffhanger.

J and I mulled it over for about 20 minutes (maybe half an hour) before making our final decision. We had already programmed ourselves into the mindset of a weekend of the Lay Low variety. It was hot hot HOT out, still, even though the sun was just about to start thinking about taking a nap. Neither one of us was feeling that great, although we were better than we’d been feeling the day before. We were both in our grungies.

Not too long after our half-hour of pondering, this is what I wrote on Facebook:

And so this is what happens here: you are down with the crud and then spend Saturday houseworking and starting projects and basically plan to spend the whole weekend laying low because it’s good for you and also the heat index is 103 and THEN someone reminds you that it’s Midsummer Mardi Gras (basically a halfway to Mardi Gras parade) and suddenly you look down and find yourself in a green satin tanktop and purple fishnets with a King Cake Baby on your head, dashing out the door. That is what happens down here. 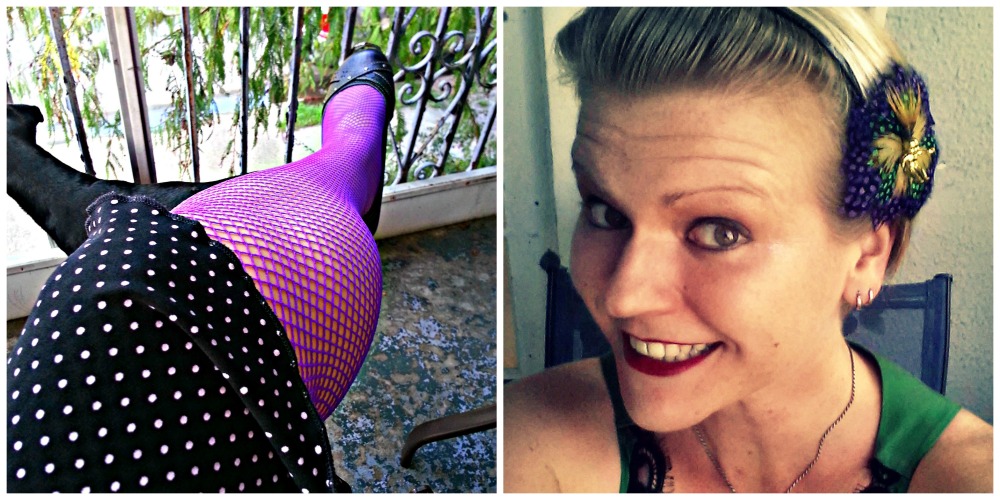 We couldn’t help it. It’s HARD to miss a parade, especially in the Parade Drought of summer. Also, we had never been to Midsummer Mardi Gras, so we wanted to check out something new. Also, we’ve not yet ever really spent any time up in the Oak St. area, and I was eager for a reason to get up there and get that stretch of the city under my feet. Also, I was kind of restless. And lastly, because PARADE.

The Krewe of O.A.K. puts this on every year, wayyy Uptown, a street party and parade to mix up the dire drudgery of summer, to give everyone a parade fix, and to give honor to the timeframe that tips the collective New Orleans Us over the hill into the downside run toward Mardi Gras season.

Halfway-To-Something events used to be a pretty common part of our culture, mine and J’s. Back in CO, we had Halfway to St. Paddy’s Day gigs every year, in the fall. There were Halfway to Ren Faire shindigs, too. So a Halfway-to-Mardi-Gras event felt absolutely reasonable to me.

So we went, and had a drink, and walked Oak St. and met up with the out-of-town friends who reminded us of this event in the first place (who we met at Mardi Gras a couple years back), and found a spot on the street outside the comic book shop where the Krewe of Chewbacchus had set up their staging area, and dug the crowd and the music and the little bit of kooky Mardi Gras vibe at the end of August. 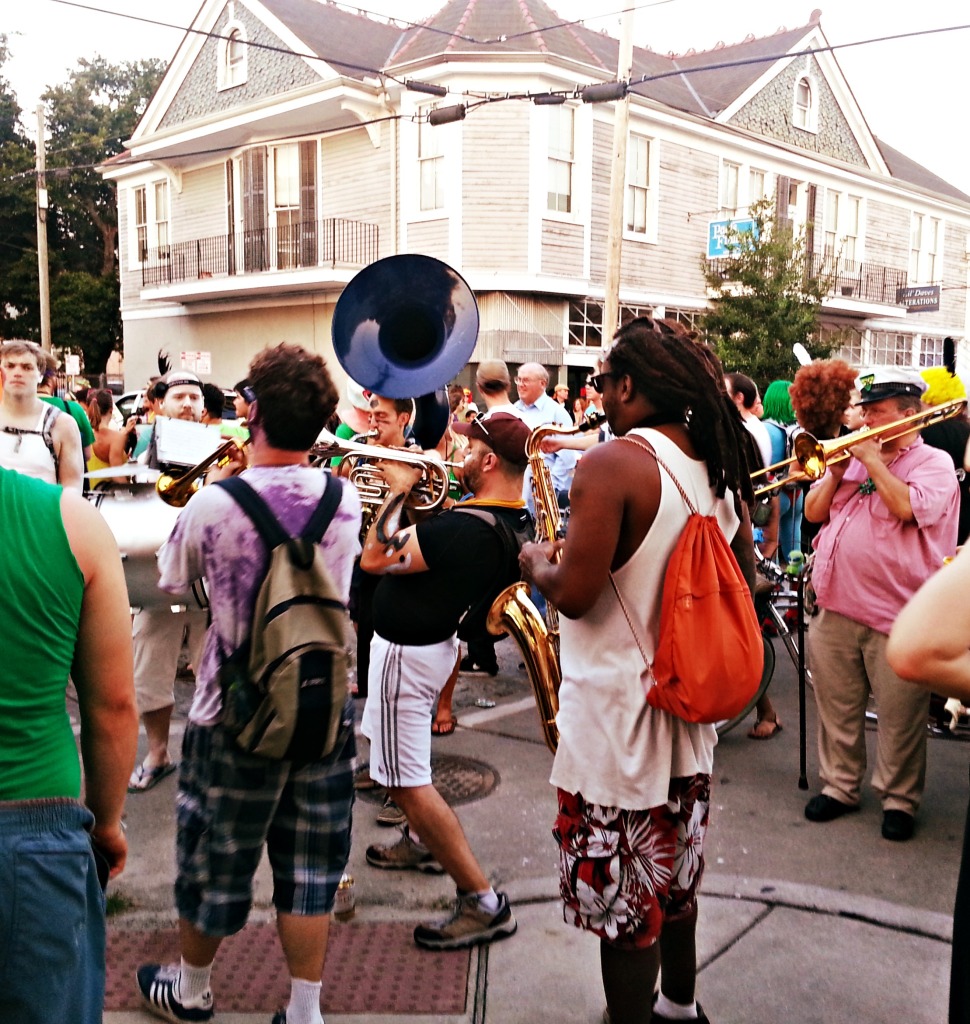 I also met an Octopus.

-One can go, see, and still maintain the Lay Low weekend within a couple of hours.

-Never. Ever. A dull moment.

-Never let the heat keep you from an experience.

-The vibe of the neighborhood up there is awesome, and it’s an area that we would consider living in someday.

-The best excuse ever is: Because PARADE!

-Don’t pass up an opportunity to leave the house when you MIGHT meet an Octopus.