Today I was caught cheating on a man with another man. I know, you say, “OH, the HUMANITY!” But when a girl needs her hair cut before an event, she goes to desperate measures.

As a result, I now have two Hair Guys.

Before Blush Ball, I was desperate for a cut.  I was notified, the day of my appointment, that my constant and ever-faithful Hair Guy, Paul, was not going to be in because he was in the midst of the tricky business of becoming a father.  No, not THAT business.  The hospital part.  Perfectly understandable.  “Did I want to reschedule?” the chipper gal on the phone asked me.  “He’ll be out this week, but returns next Monday.”  Alas, too late for my needs, so I told her of the conundrum of my deadline and informed her that I would happily fill the same slot with Someone Else.  “Okay, Omar is available, so we’ll see you then,” she says.  Good deal. 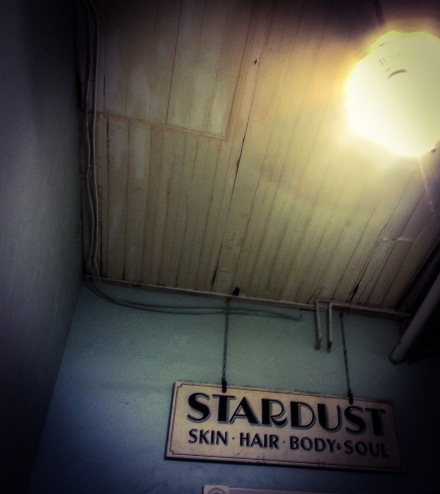 Omar was awesome.  He did the cut, and we started talking about color when I told him that I would need to get cleaned up again in time for the Iris Ball.  He provided me with all kinds of input, as my self-done hair-frying highlights had grown out to that abysmal state that I only ever categorize as Skunky.  “Just book it with me, I love doing color,” he says.  The underlying guilt of disloyalty I’d been feeling while sitting in his chair suddenly lifted off of me as I remembered a conversation I’d had with Paul ages before, whereupon I discovered, to my dismay at that time, that he completely hates doing color.  I mean, it destroys his afternoon.  He can’t stand it, and cuts are his gig.  Not wanting to eventually ruin Paul’s afternoon someday, I agreed to Omar’s suggestion. 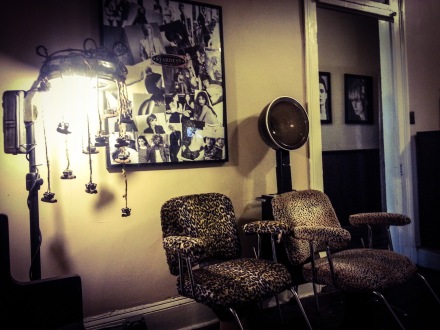 That was a month ago.  This past Saturday, I visited Omar for the second time, and had my color touched up.  He did a lovely job, and I am quite happy with it.  Due for a pre-Ball cleanup on the cut, however, I found myself once again in the chair today, this time reunited with Paul.

We had a blast catching up, since we hadn’t seen each other in a couple of months.  He filled me in on new life with a baby, I filled him in on events and our car accident and whatever else has happened since Christmas.   I swear we jabbered nonstop, which was pretty amazing and unusual for me – I’m a pretty quiet Salon Chair visitor, sometimes.  You know, the one who just sits there and doesn’t talk?

So there we were, happily reunited and getting my hair cut the only way Paul can do because he knows my head, and Omar approaches us to ask me about the status of my contentment with the color.

“I’m so sorry Paul, I cheated on you!” I proclaim, as he laughingly replies “I see how it is!  It’s okay, I don’t begrudge you, circumstances dictated!”

“I pronounce you my Hair Guys!” I proclaimed, “Color, and Cut!”

“But just don’t forget that I’m his better half!” squeals Omar.  And hilarity ensued.

When I left my Hair Gal in Denver, I never thought I’d be able to find the equivalent.  It may take two of them to cover the bases, but by golly, I’m covered!

I love having Hair Guys.

Stardust is a great place.  You can tell just by their website.  Check it out.  It’s edgy and funky and fun and comfortable and they all know what they’re doing.  And they’re a 3-minute walk from my house.  I always book my appointments in the evening, because it’s the best way to come down from a stressful work day.  Fun music, always.  Salon smells, but not the chemical kind.  Energetic people, great for the mood.  Lots of laughter, forever a good thing. 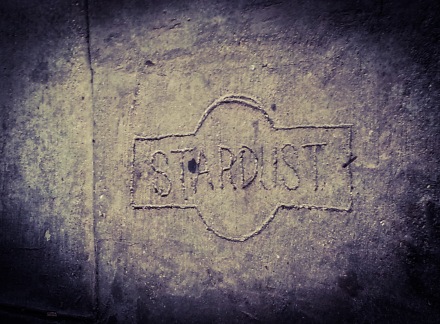 After a year of haircut-in-a-box places during my many journeys to get here, all I could find and all I could afford during that time, and a myriad of subpar and depressing results, I would like to officially congratulate my Hair on finding a Home.