I’d mentioned The Wall a couple of times in entries from this summer, but it was not yet fleshed out or filled up enough to share.  Thus, today, I present The Wall which, I suspect, is more than likely as fleshed out and filled up as it will get while we are here.  Forward momentum is rolling…well, forward…now, and our focus is veering in the direction of other things.

That being said, The Wall is a collection of doodlings and paintings that I’ve done during my time in Colorado.  J has also contributed to The Wall!  See, it turned out Cootie still had a bunch of art paper and watercolors lurking around, so we busted it all out and Made Stuff.  After moving into our room here, we decided that everything that got drawn or painted would be put up on The Wall.  The original goal was to fill up the entire expanse with big things, little things, doodles, paintings, you name it.  As you can see, we only made it this far, which still isn’t so bad: 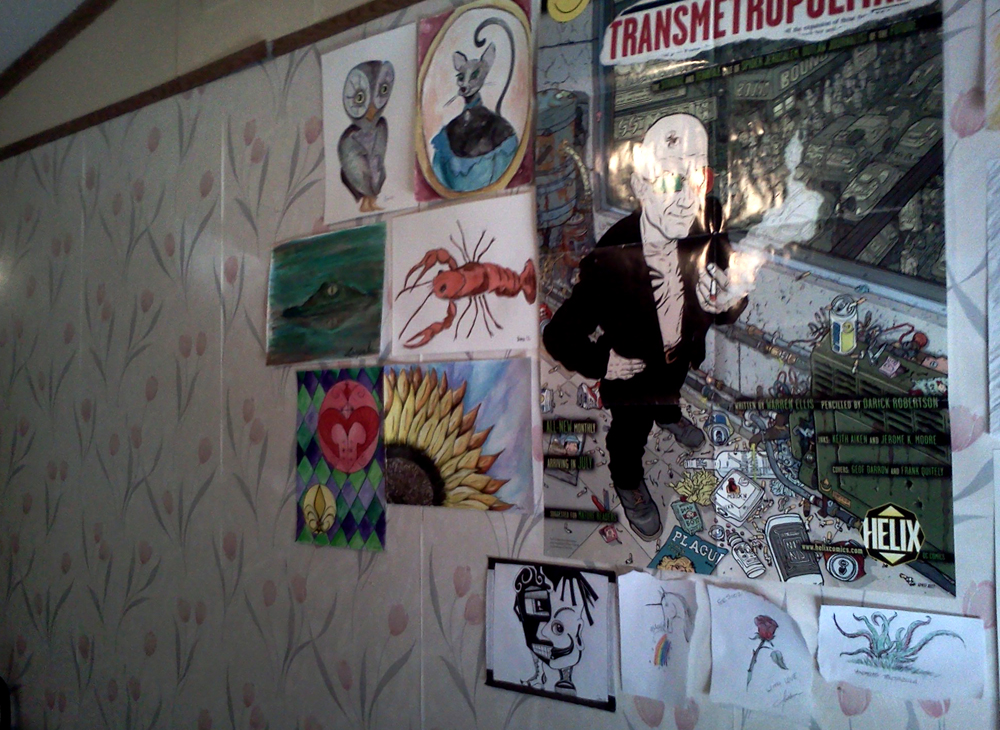 To state the obvious, the Transmetropolitan poster is not our Work.  I was, however, delighted to find it
when we were mucking out some stuff in storage one day.  Spider Jerusalem HAD to live on The Wall, by golly.

And so, here are the Details of all of the Stuff hanging on The Wall.  No huge masterpieces here, no Rembrandts or the like.  But a lot of fun and calming times. 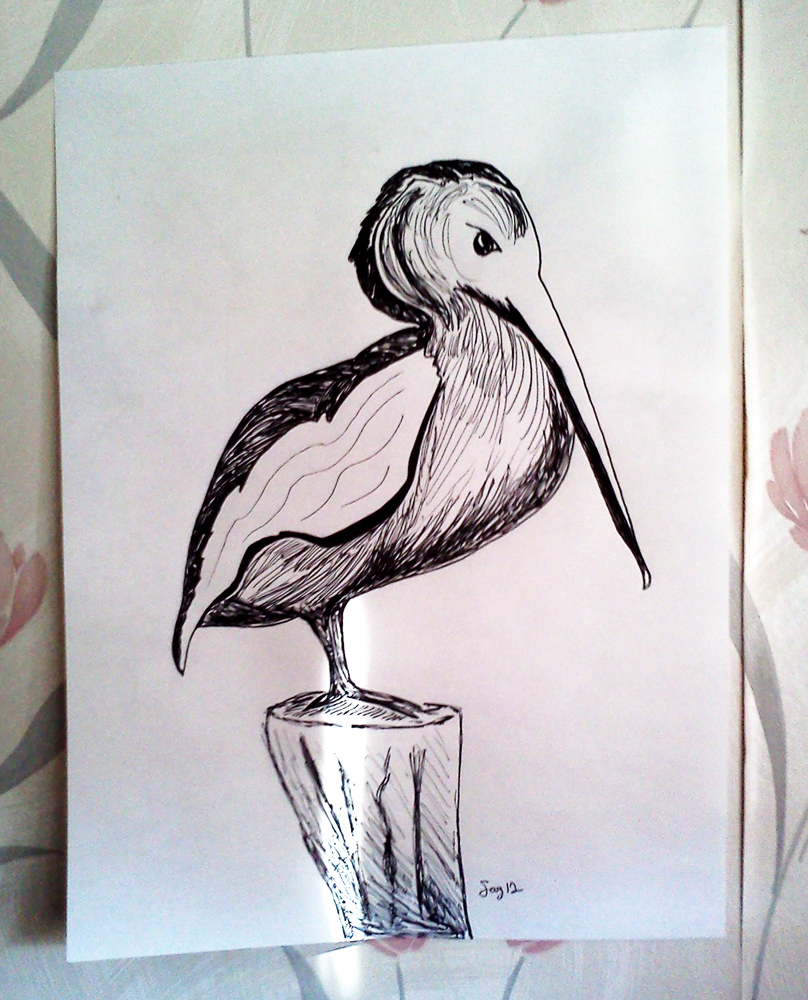 My Pelican.  He needs a name.  Medium: A Pilot Roller Ball Pen 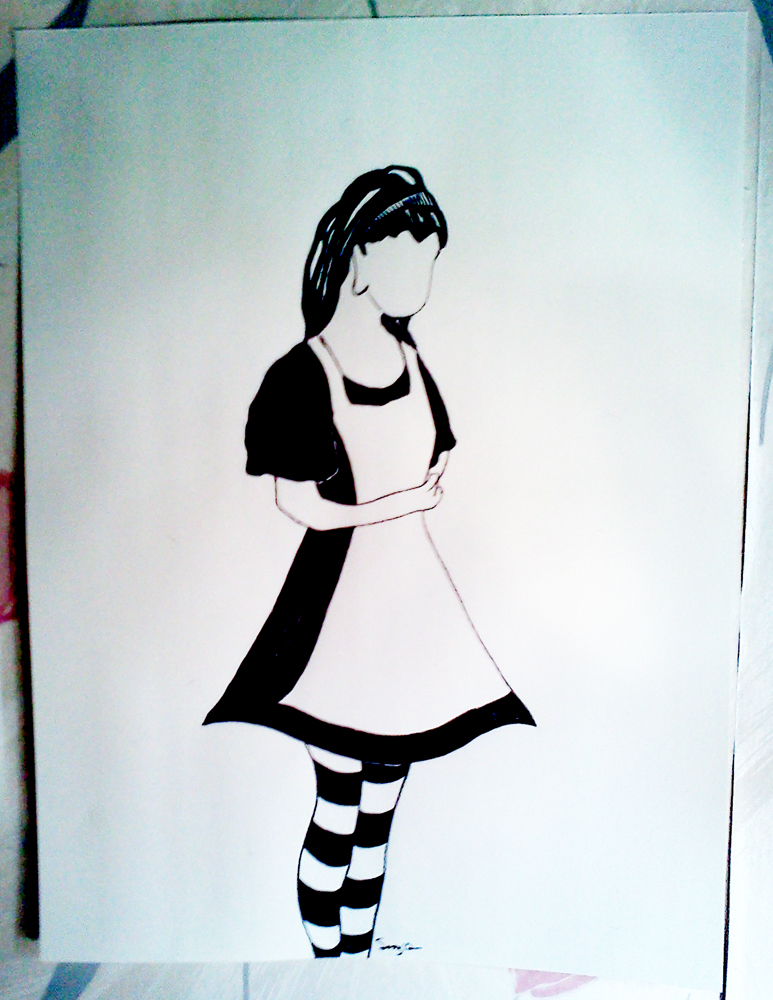 Alice.  This was actually the first doodle I did, trying to get my artsy hand and brain back.  I looked around and saw a photo of myself from college, in this very costume.
So I went for it but was, obviously, not ready for faces yet…actually, the photo was so far away that I couldn’t actually see the details of my own face.

Before the watercolors were unearthed, we found some crayons.  Yes, crayons.  YAY COLORING!  Top: Stripey-Tailed Wombat.
Well, it was originally a cat, but was named Wombat thereafter.  Medium: COLORS!  Bottom: Eyeball Tree.  Medium: COLORS and…a surgery marker.
One of those ones they draw cut-lines on you with before they cut you open.  HOW or WHY we have one of those in the house is a mystery…but it was fun to draw with.

The first of J’s contributions!  Medium on all: COLORS!  And pen.  From Left: The Rainbow-Barfing Unicorn; A Love Note; Harry Potter Herbological Diagram.
(And now, the observant will know what “J” stands for.) 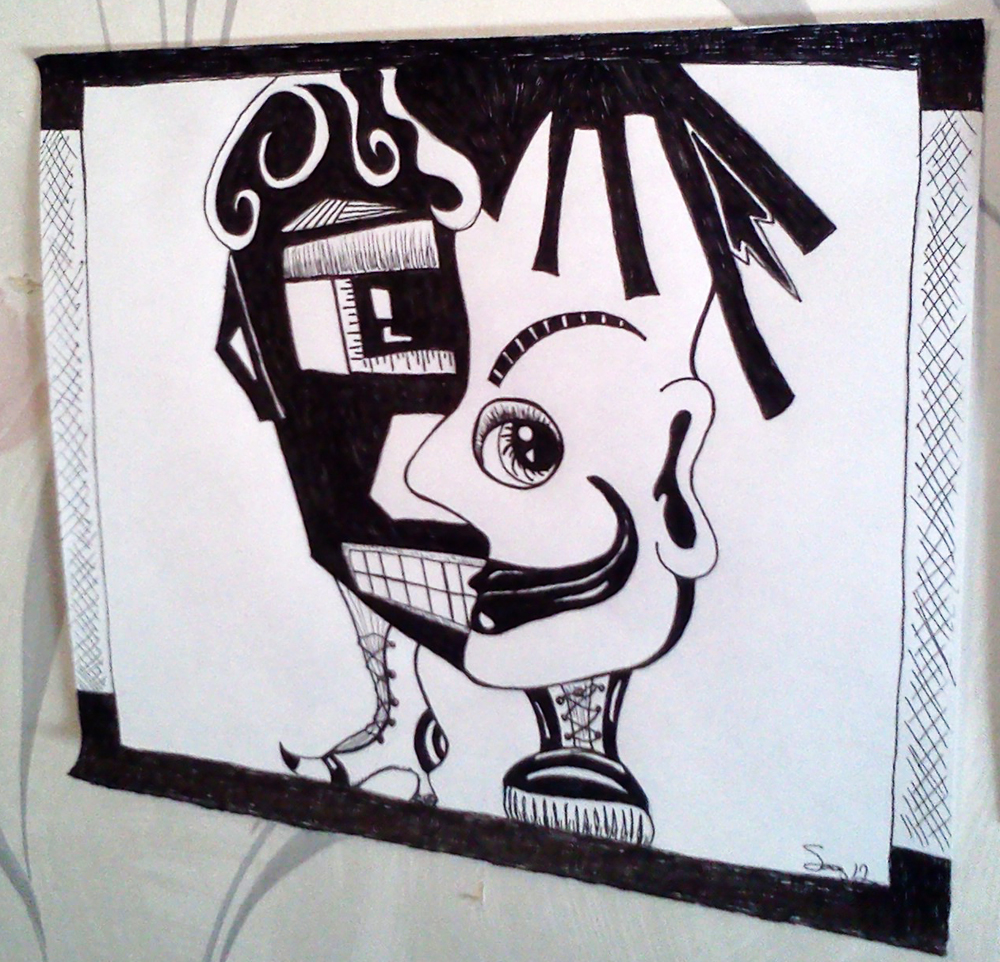 Weird Face done in good ol’ Roller Ball pen.  I’d just watched Mirrormask, for probably the millionth time,
so I had all of this black and white duality imagery going on. 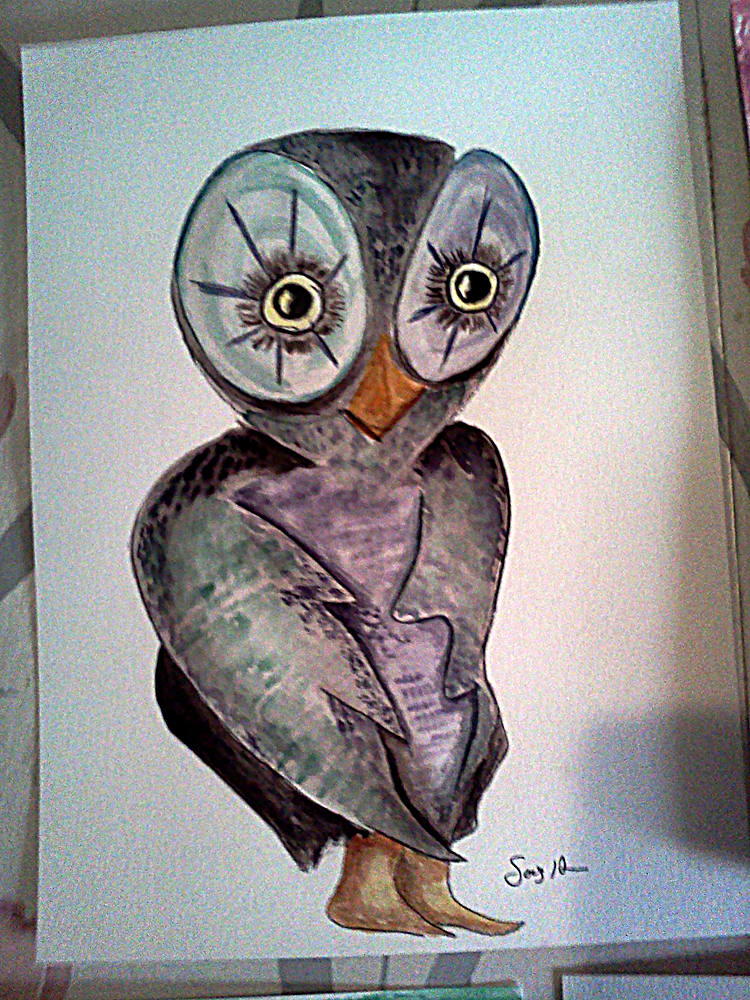 NEEP the Owl!  I was attempting to do a sketch of a ceramic owl that hangs on the outside porch wall here.  It went somewhat awry, giving us Neep’s current pose.  He either got caught stepping out of the shower…or he really REALLY needs to pee.  I am going with the latter.  “Neep’s Peedance.”  There.  Medium: Watercolor and charcoal. 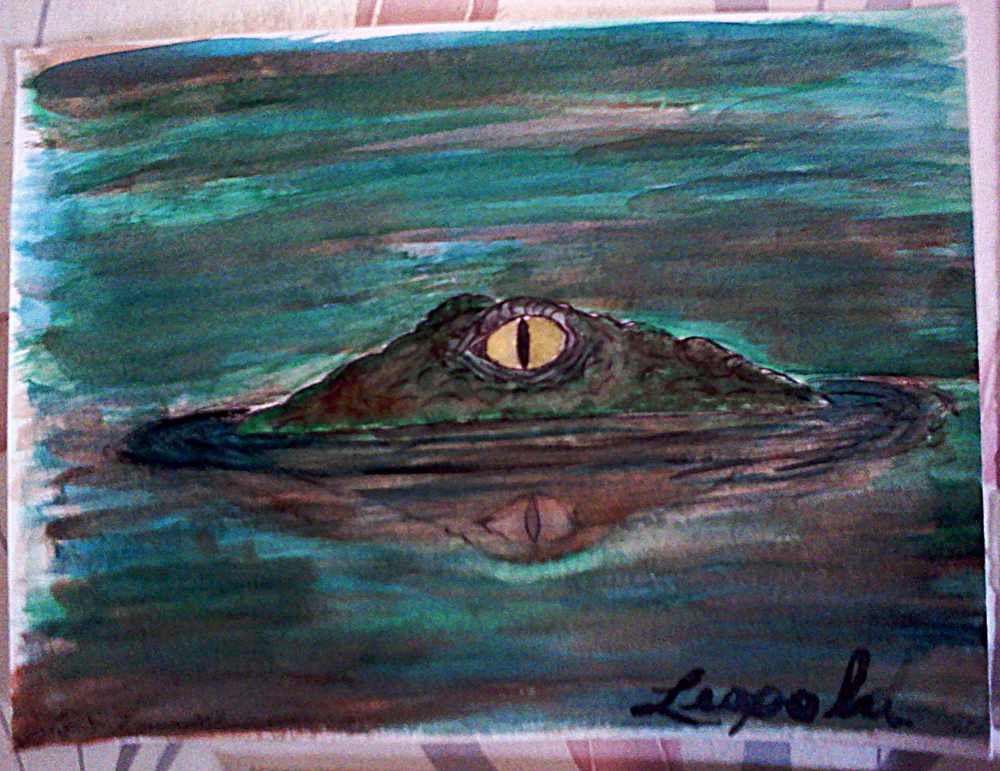 The most recent of J’s contributions!  Leopold the Gator.  Medium: Watercolor.  I love how he captured the reflection, straight from his brain.
The gator’s name is Leopold, after an actual alligator that some folks my parents once knew kept as a pet.  Truth.

My Mudbug.  Medium: Watercolor and Charcoal.

My Sunflower.  Medium: Watercolor and Charcoal.

Last, but not least, a little homage to our future.  A little Voodoo, a little Mardi Gras, a whole lot of love.

And that, folks, is The Wall.  I’m not saying more won’t be added, but we shall see.  If there is, I will update.  Now, the time to move along is fast-approaching, and our thoughts and time are bent in that direction.  That will be another entry today, later.

I had a lot of fun doing these pieces, J enjoyed himself too.  And there are a couple that we actually want to hang up someday when we finally finally get our own place again.  I want my Mudbug in my future kitchen, for example.  At any rate, there’s something to be said for, when you feel a little uprooty and a little displaced and overwhelmed, the healing power of artsy doodling.  They call that Art Therapy, right?  😉